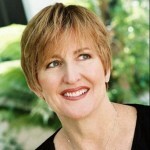 Victoria Pynchon is an attorney who practiced commercial litigation for 25 years. Since 2004, she has been mediating and arbitrating commercial disputes—the former with ADR Services, Inc. in Century City and the latter with the American Arbitration Association in Los Angeles. In 2010, she founded She Negotiates Consulting and Training with her business partner Lisa Gates. In 2006, Victoria earned her legal masters degree in Dispute Resolution. She has been teaching negotiation and providing negotiation consulting services to lawyers, executives, professionals and entrepreneurs ever since. She is the author of two books, The Grownups' ABCs of Conflict Resolution (2010) and Success as a Mediator for Dummies (2012).

Q&A: Can I Negotiate Without Leaving My Job?

The Secret to Negotiating a Raise During Tough Times

How to Negotiate Over Email

Do You Have to Tell Recruiters Your Current Salary?

Think You Have to Take a Pay Cut? Think Again

Negotiation Q&A: Do I Have to Disclose My Salary History?

Negotiation Q&A: Can I Negotiate After a 2-Year Maternity Leave?

Negotiation Q&A: I Got a Raise—But it Wasn't Enough

Negotiation Q&A: What Questions Should I Ask Before Negotiating?

Q&A: I Didn't Get the Raise I Was Promised—Now What?

Negotiating Success: What To Learn From Marissa Mayer's Compensation Package

Q&A: How Do I Negotiate When My Boss May Already Be Overspending?

Q&A: The Secret to Giving Your "Salary Requirements"

Q&A: How Do I Negotiate—When I'm Not Given the Opportunity?

Negotiating on the Job: Your Play-by-Play Guide

Negotiating on the Job, Part 2: Getting Prepared

Negotiation 101: Expert Advice for Getting What You Want