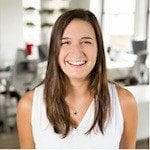 Previously an editor for The Muse, Alyse is proud to prove that yes, English majors can change the world. She’s written almost 500 articles for The Muse on anything from productivity tips to cover letters to bad bosses to cool career changers, many of which have been featured in Fast Company, Forbes, Inc., CNBC's Make It, USA Today College, Lifehacker, Mashable, and more. She calls many places home, including Illinois where she grew up and the small town of Hamilton where she attended Colgate University, but she was born to be a New Yorker. In addition to being an avid writer and reader, Alyse loves to dance, both professionally and while waiting for the subway.

What You Need to Know About Job Searching Over the Summer, According to Experts

25 Common Teacher Interview Questions—and How to Answer Them

Here’s How to Ask for a Full-Time Position After an Internship (Email Template Included!)

Your Step-by-Step Guide to Making the Perfect Resume (With Examples!)

When (and How) You Can Ask to Miss Work or Leave Early (Example Email Included!)

A Smart Strategy for Telling Your Boss You’ll Be Late to Work (Email Templates Included!)

5 Steps to Writing the Perfect Resume for an Internship (Plus an Example!)

The Best Responses to “Are You Willing to Relocate?” Depending on Your Situation

3 Easy Steps to Answer “How Do You Like to Be Managed?” in an Interview