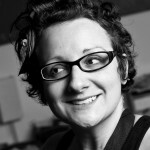 Amanda Chatel is a freelance writer in New York City. She has written for AOL's Lemondrop and MyDaily, The Grindstone, New York Magazine, HowAboutWe and is a frequent contributor to The Gloss, YourTango, BlackBook, and the Huffington Post. She lives in the East Village with her dog, Hubbell, who is named after the Robert Redford character in The Way We Were, and not the telescope. People never catch the difference in spelling.

How Not to Freak Out When You Meet Someone You Admire

On Your Own: Staying Safe When Living Alone

Peace Out: How to Leave a Job on Great Terms

Are You Pet-Ready? 4 Things to Consider

What You Need to Know about the GRE

Close Your Eyes: How Meditation Can Help Your Career

Does Your Makeup Matter at Work?