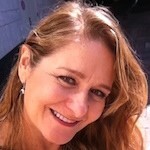 Rebecca Kraus has worn many professional hats, from entertainment journalist and games designer to content strategist and career consultant. As a storyteller and career coach, she loves helping others find their voice. She’s worked with big brands and startups alike and written for several publications, most recently HuffPost and the Seattle Times. She welcomes connecting with word nerds, design enthusiasts, and do-gooders on LinkedIn. A native Californian now living in the Pacific Northwest, she’s convinced herself that the incessant drizzle is A-OK as long as her backyard farm is getting watered. (It is.) In addition to digging in the dirt, she enjoys exploring new paths with her husband, twin girls, and their insatiable, sensational shepherd, Sedona.