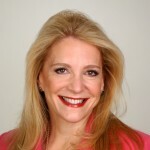 Neale S. Godfrey is an acknowledged expert on family and children’s finances who has been in the financial field for more than 30 years. Early in her career, Neale became one of the first female executives at The Chase Manhattan Bank. Later, she became the president of The First Women’s Bank and founder of The First Children’s Bank. In 1989, Neale formed Children’s Financial Network, Inc., whose mission is to educate children and their parents to take charge of their financial lives. Neale is the author of 17 books that deal with money, life skills, and STEM education, and has been honored with a #1 New York Times Best Seller, Money Doesn’t Grow on Trees: A Parent’s Guide to Raising Financially Responsible Children. She is on the Board of Directors of UN Women and sits on Governor Christie’s Task Force for Gender Parity. Neale is the proud mother of two amazing children and two incredible grandchildren.

The Gender Pay Gap: How Far Have We Come?