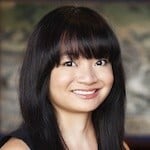 Maridel Reyes is a writer and editor based in New York. During journalism school at Northwestern University, she investigated miscarriages of justice for the Medill Innocence Project and learned how to defend herself with a ballpoint pen. Maridel’s work has appeared in Bloomberg Businessweek, New York magazine, Architectural Digest, Forbes, CNN, BBC, USA Today, The Boston Globe, and The New York Post. In her spare time, she creates pottery for her line White Street Ceramics.

This Company Is Committed to Developing Future Leaders—and They're Hiring!

See How This Company Is Attracting Top Talent Remotely (and They’re Hiring!)

How This Company is Leading With Empathy During the Pandemic