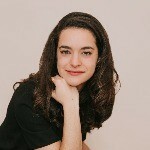 Alyssa Petersel, LMSW is a therapist and the Founder + CEO of MyWellbeing, where she and her team have connected more than 10,000 people with the right therapist for them. Alyssa, who is also a writer, released her award-winning debut narrative nonfiction anthology, Somehow I Am Different, in 2016. Named one of Crain's Notable Women in Healthcare 2019, Alyssa has been featured in prominent publications such as Forbes, Allure, HuffPost, Cosmopolitan, bloom, and more.