by
Eileen Cotter Wright
Sponsored by GSKshow me more 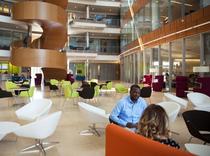 Ever felt the itch to shake things up—to do something a little different than your current position? Ever dreamed about leaving your cubicle and co-workers behind to see a completely new part of the world?

If you’re like most 9-to-5ers, probably. But you’ve probably also pushed those thoughts aside because—let’s be honest—it’s not the easiest thing to pull off.

After working at GSK for more than a decade, currently as a program director for the company’s finance services department, she was anxious to have an adventure and learn something new. Luckily, that didn’t mean abandoning her position.

Jeevini decided to take advantage of her company’s unique program, the PULSE Volunteer partnership, that allows for 3-to-6-month sabbaticals, during which employees can put their skills to work at worldwide non-profit organizations.

The projects can be right in the employee’s hometown for easy access, or at one of 65 countries around the world.

Opting to leave things to fate, Jeevini had volunteered to be placed anywhere in the world (except, of course, her current home base in London). After her application was accepted, she was told that she would spend the next six months in Abuja, Nigeria working with the Clinton Health Access Initiative (CHAI), alongside four other GSK employees.

She couldn’t wait to broaden her horizons, get reenergized, and help out as best she could.

“Working in finance, you get to hear about the great work the company does and how we have contributed to that, but I wanted to see it first-hand,” says Jeevini. “I wanted to be closer to the end patient.”

The first thing Jeevini realized was that her assumptions about the work were going to be completely wrong.

“When you’re going to a developing country, you think things will work a bit more slowly comparatively, because the U.K. is go-go-go. But it was the opposite; it was just as buzzing and creative in Nigeria. And we learned a lot from the teams there.”

Her impressions of how other office cultures operated were immediately shattered. Her work involved initiatives that sought to support pregnant mothers in northern Nigeria, a far cry from her normal pharma-related work at GSK. Among them, a project that offers contraceptives for women. In Nigeria, where the average family has eight children, it’s vital to provide women with family planning options to reduce complications among moms and babies due to multiple rapid births and unwanted pregnancies.

The problem solving for these types of issues is a vast undertaking—one Jeevini was happy to jump into head first. It also taught her career lessons she couldn’t have learned from her desk job in London.

“I’ve been at GSK for a long time and I have my network, but in Nigeria I knew no one. [I learned that] people are more willing to help you if you connect with them. It pays to build a relationship.”

Bringing Entrepreneurship to the Office

Jeevini, who doesn’t typically operate outside her own department, was able to do a little bit of everything during her time in Nigeria, from community engagement and meeting hospital staff to data analysis and health-work training. And that all-hands-on-deck environment helped her build a new mindset to bring into her day-to-day work.

“Non-profits don’t have all the money in the world, it’s all about funding,” says Jeevini. “They have to do a lot with quite a little. As a result, they really push to be entrepreneurial, really creative with ideas on how to cut corners and think outside the box.”

The lesson for her own work in the finance department? “The answer isn’t always throw more money or extra head count at it; we can think of more innovative solutions like non-profits do.”


Stepping outside her comfort zone and into work that’s drastically different from her day-to-day was an experience she’s extremely grateful for, and one she says will set her apart for future career opportunities. It also has given her a new way of thinking about the world.

“This experience has truly re-energized me. I have a new perspective.”

Eileen is a London-based freelance writer, originally from Boston. She's a contributor all over the web and can't say no to a great glass of prosecco. She falls down a lot in yoga class. You can follow her personal blog Crooked Flight and group travel adventures on Pure Wander.
More from Eileen Cotter Wright

GSK is a uniquely science-led global healthcare organization on a mission to help people do more, feel better, and ultimately live longer. 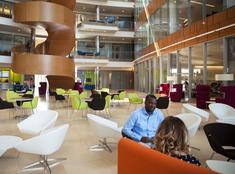 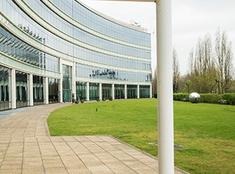 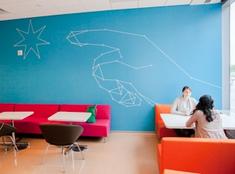