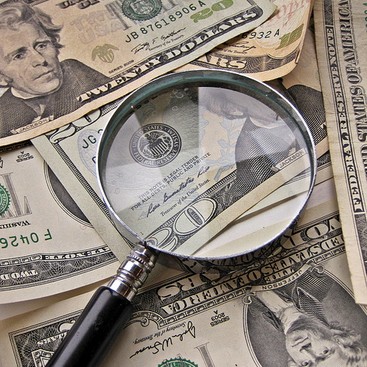 Growing up, I was proud to be part of a generation that was finally getting over all the terrible stereotypes of the past. Women had all the opportunities men had—I could go to college, I could have a career, I could grow up to do whatever I wanted. I was so lucky that things were now so different from decades past.

But when I entered the working world, I began to realize the numbers tell a different story: Only 3% of Fortune 500 CEOs are women. For a vast number of high-level positions in media, less than 25% of those holding the title are women. And as you move the corporate ladder, the percentage of women drops off with every step up.

This month, the U.S. Department of Labor is calling on individuals to compete in the Equal Pay App Challenge. The goal? To create an app that will educate people about the persistent problems of equal—or rather, unequal—pay.

And “educate” doesn’t just mean sharing the numbers—it’s great that most of society now recognizes that women make 77 cents on the dollar, compared to men. But just talking about it won’t earn them back those last 23 cents. How many pages, graphs, and infographics of statistics do we need before we acknowledge there’s something going on here?

Education is about more than numbers. Education is about learning how to change the things and address the core of the issue. Nearly every article on the subject of equal pay points to a common root cause: Women aren’t negotiating as much as men. In fact, they’re negotiating a whole lot less: Only 7% of women negotiate their first salary out of college, while nearly 60% of men do.

And women don’t just need to learn that they’re negotiating less—we need to revisit how to negotiate, so we can start changing that. And we need to learn to see the opportunities where we could negotiate, because sometimes, it never even crosses our mind.

We also need to educate our entire generation—men and women—to see what’s happening, to see how the situations playing out right in front of us are contributing to the pay gap. When our female friends get a job offer they’re excited about—do we tell them they should go ask for a better salary before they accept it? Probably not. And no, we don’t tell our male friends that either—but more than likely, their guy friends are telling them.

That’s why we at The Daily Muse support the Equal Pay App Challenge, and hope you will as well. Find out more information on EqualPay.Challenge.gov, share it with your friends on social media (RT this!), or better yet—start coding. America’s workforce will thank you.