The 5 Best Christmas Movies Ever 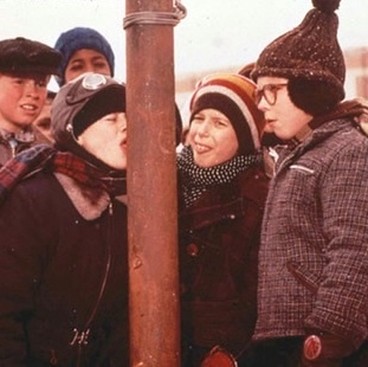 Act fast to get 10% off all career coaching services. Use promo code JOBJANUARY10. Valid through January 26th at 11:59pm.
Explore Coaching Go

For TV lovers, the rapidly approaching holidays mean one thing: All your favorite shows are on hiatus. Sure, you can watch the networks live, but between the constant commercial breaks and edited-for-TV movies, it’s almost not worth it.

So, why not use your digital down time to get in the holiday spirit? Skip the TV versions—rent these DVDs, and check out the five best of Christmas comedies.

Take an all-star cast, eight rom-com storylines, and Christmas, and what do you get? An incredible ensemble movie—that Hollywood has since tried (unsuccessfully) to replicate with the truly awful Valentine’s Day and what looks like an even worse New Year’s Eve.

Though a little on the cheesy side, Love Actually is full of charming moments—the scene where (spoiler alert!) Colin Firth proposes, Andrew Lincoln’s doorstep confession of love to Keira Knightley—that more than balance out the handful of slightly cringe-inducing touches. It’s a feel-good holiday movie that will keep “All I Want for Christmas is You” bouncing around in your head until February.

It’s more than a little far-fetched to think that any parents would completely forget about their 8-year-old, and even less likely that said 8-year-old could actually take on a pair of burglars, but once you move past the premise, this movie is classic Christmas entertainment.

It’s great for nostalgia purposes (who doesn’t remember being terrified of after-shave after the film’s iconic scene?). Plus, watching Joe Pesci and Daniel Stern slipping on icy stairs, getting smacked with hanging paint cans, and being set on fire makes for excellent low-brow comedy and reminds all of us that being the underdog (or the youngest child) doesn’t necessarily mean being a wimp.

Chevy Chase was at his peak as the head of the Griswold household, determined to give his family an old-fashioned Christmas. But despite his best efforts, things start to go awry as soon as his extended family arrives. The film’s best moments—Cousin Eddie and family showing up with his wife and two bizarre children in the family’s RV, the perilous journey to pick out the Christmas tree—will remind you that hey, maybe your family holidays aren’t quite so bad.

If you haven’t seen this yet, don’t let the old-school animation at the beginning of the film put you off—the movie aims to make use of older animated Christmas classics. Whether you watch with your nieces and nephews or your parents, Will Ferrell is endearingly earnest as Buddy, even in the face of the cynical reality of New York City. It almost makes you want to pour maple syrup on your spaghetti in solidarity. Almost. The movie’s ultimate villains (the Central Park Rangers?) make the movie veer a tad toward corny, but Ferrell’s charm makes up for it in the end.

This staple is ranked consistently as one of the best holiday films of all time, and for good reason. The sheer number of memorable scenes and lines—Flick getting his tongue stuck to the flagpole, the boys being triple-dog-dared to do something (and the aghast look on Ralphie’s face as the dares escalate), Ralphie’s cringe-inducing pink bunny pajamas, eating a Christmas dinner of Peking duck (or what Ralphie calls a Chinese turkey), and of course the iconic line, “You’ll shoot your eye out!” All these moments add up to a classic Christmas comedy must-see (assuming it’s not already part of your holiday tradition).

So there you have it—enough cinematic Christmas cheer to fill up the next two weeks while you wait for your favorite shows to return. Drink some egg nog, spend quality time with your family, wrap a few presents, and the holidays will be over (and primetime TV will again be filled with new episodes) before you know it. Happy Holidays!

Anusha Deshpande, a native of Atlanta, is a first year student at Harvard Business School. She spends most of her spare time listening to Bruce Springsteen, watching Red Sox games and staying up to watch late night comedy TV so you don't have to.