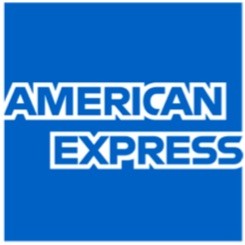 Parenthood hasn’t kept Debbie and Meredith from charging ahead in their careers. And the two women owe a large part of their success to a flexible work arrangement: They each work three days a week, directing a Content UX team at American Express.

Here, the directors talk about their career paths, how their job flexibility enables them to be there for their families, and the best work-related advice they’ve ever received.

Tell us about your career journey and what brought you to American Express.

Debbie: At 23 years old, I couldn’t imagine what life looked like past the next year or two, but what I did know was I wanted to find a company where I could grow. My best friend was at American Express and hearing her stories made it clear it was a place I wanted to be. I applied to two jobs and got two offers. I decided to go with the position with the Membership Rewards® points team, mainly driven by the extra travel perks that I thought came along with it at the time.

Meredith: I came to American Express in search of a company where I could stay for the long haul (or at least the foreseeable future) and grow my career. I wasn’t disappointed. Over the course of my first five years, I held several positions that I loved and learned from, while I also became engaged, got married, went on a honeymoon, got pregnant, and had a baby. Through all of these life events, the company had my back and gave me the flexibility I needed, enabling me to still be able to grow professionally.

What initially attracted you to work at American Express?

Meredith: I first started thinking about working for American Express during business school when they came to campus for recruiting. As I learned more about the company, I loved the emphasis on work-life balance and career development. I spoke to tons of people who worked in different parts of the organization, and every single one identified the culture and the people as the primary reasons they showed up for work each day. When I interviewed in 2008, I loved the people I met with, and I knew I had made a great decision from the moment I entered the office on my first day of work.

How has your career grown at American Express?

Debbie: Staying with one company your entire career isn’t the norm anymore. But here I am 13 years later, still at American Express. I guess you can say this was expected—I did have a 100% attendance rate from elementary school through high school. And I married my first boyfriend, so commitment wasn’t an issue. But this company made it easy to commit. Every few years, I would change roles and it would feel like a whole new adventure with a new team and opportunities. I was able to bring my experiences and skills to each role and was able to succeed. I’ve done a vast array of functions from marketing to partner management to product management.

Seven years ago, I found out I was pregnant. I knew I wanted to continue working; growing up with an entrepreneur mother with four children instilled that work ethic. But I also knew that I needed flexibility, especially because my commute is three hours round trip. I started talking to my leader and landed on the Strategic Engagement Team (SET). On this internal consultant team, I was working on the company’s strategic priorities, rotating every four to six months and doing it on a four-day schedule. We redefined what can be done in four days! My next challenge was getting promoted with flexibility. Two years into it I was promoted internally into a director role.

Shortly after being promoted into the director role within SET, I found out I was pregnant with my third child—and would have three kids younger than five. The four-day workweek just wasn’t going to cut it for me anymore. That’s when we discussed a more flexible part-time working arrangement and never looked back.

Meredith: After five years at American Express, I started to think about external opportunities and found myself lured to the agency side. I also had my second baby. I didn’t think it was sustainable to keep up my busy agency lifestyle with two small children, so I left the workforce to be a mom. Nine months later—after realizing that I wasn’t cut out for the stay-at-home-mom gig—I was back at American Express as a contractor working on projects across Global Commercial Services four days per week.

The flexible hours and four-day workweek were perfect for what I needed at the time, and a job that I thought would be somewhat temporary ended up lasting two and a half years. But as a contractor, I wasn’t getting the job stability and career progression (not to mention the benefits) that I would as an employee, so upon learning about an opportunity to work in a part-time model, I officially came back into the American Express fold.

How did the flexible working opportunity first come about?

Meredith: These days companies lose high-performing employees due to lack of flexibility, and American Express doesn’t want to be one of them. Therefore, it has been focused on creating flexible opportunities for some employees who need it, whether it be through the Strategic Engagement Team mentioned earlier or a part-time arrangement with certain teams.

What does a normal day in your job look like?

Debbie: Depends on the day, since they’re all different! I’m usually in back-to-back meetings with my team, my leaders, and my partners. We’re talking about our broader strategy, immediate decisions that need to be actioned, addressing headwinds, thinking through potential curveballs, and generally all putting our heads together to ensure the team is on the same page for the short and long term.

There are days where I’m also acting independently, leading my team and advancing the ball based on the planning and strategy we’ve put in place together. Everyone on the team is empowered to make decisions and we each trust each other to do so because we are super aligned on our approach.

Tell us about your experience with a flexible work arrangement.

Meredith: Obviously working part time requires a ton of collaboration with your team, as well as trust in your partners, to make sure everything gets done on the days you’re not in the office. I’m an extremely collaborative person to begin with, preferring to bounce ideas off of my teammates rather than making decisions single-handedly behind closed doors. I’ve always felt that multiple brains are better than one, and my team has proven this while backing my arrangement time and again.

What are the challenges that come with your arrangement and how do you overcome them?

Meredith: Information sharing on days I’m not working is tough and requires a lot of additional work outside of my normal day job. To ensure that my partners are ramped up as I pass the baton, I need to write up the key updates, watch-outs, next steps, and action items for my team to manage until I’m back in the office again.

Additionally, I keep communication as seamless as possible for the people I work with by asking that I be included on all emails on the days I’m not on duty so that I can reply on my return.

How does American Express cultivate an environment that encourages employees to pursue different paths and seek new opportunities within?

Debbie: Coffee chats is a big thing. Every day at around 3pm you will see a flock of folks meeting for coffee and getting to know new people and parts of the business. I did this and built a huge network, so every time I was ready for my next move, I already knew where I wanted to go and most likely the hiring leader already knew me. There is no single proven path here. Leaders will consider you for opportunities even if you’re not always the obvious candidate but have done great work.

What makes American Express an especially great place for parents?

Meredith: My leaders at American Express understand that parents sometimes have schedule challenges with commitments at home. I may need to come in late because my son has a dentist appointment or leave early to get to a soccer game. I am able to work from home when needed so that I can see more of my kids in the mornings and evenings, or if something personal comes up on a day I was supposed to be in the office. The company has made it easy for colleagues to work virtually and still be just as effective as someone who’s in the office on a daily basis. Not to mention the parental leave policy, which provides 20 weeks of paid parental leave for both moms and dads.

What is the best career advice you’ve ever received?

Debbie: Stop promoting your schedule. At the end of the day, what matters is that you are able to get your work done, and the work you’re delivering is high-quality.

Meredith: Early in my career, prior to American Express, my husband (then my boyfriend) encouraged me to negotiate when I was considering a salary offer that I knew was too low. I did and succeeded, and ever since I’ve taken that approach in a variety of arenas—to have confidence in myself and my abilities and never accept anything less than I think I deserve.

What advice do you have for parents who want to remain ambitious in their careers after having children?

Debbie: Stop thinking that asking for flexibility will mean you are taking your foot off the pedal on your career. It’s a marathon, not a sprint, and you will still grow your career and skill sets (I’ve done it). Yes, maybe it will take a little longer than someone else, but in the end it’s all worth it, if that’s what’s important to you.