by
Ryan Galloway
Sponsored by Taco Bellshow me more 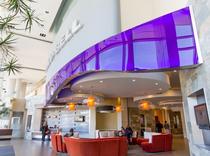 For a company like Taco Bell, a fierce and fearless following comes from its reputation for creativity and innovation, which makes loyal fans see it as more of a lifestyle brand instead of a fast-food giant.

Their fans get married at Taco Bell's Flagship restaurant in Las Vegas, hold Taco Bell-themed birthday parties and even flooded Twitter with cosmetic creations based off the restaurant's menu. But would they wear clothes inspired by their favorite fast Mexican cuisine?

"Absolutely," says Jennifer Arnoldt, Taco Bell's Director of Retail Engagement + Experience. "Our consumers want to experience our brand in a way that goes way beyond food."

Jennifer was the driving force behind the company's new partnership with global fashion giant Forever 21.

"We see initiatives like this partnership as fueling the cult of the brand," she said. "Our consumers have given us the permission to do unique things and expect us to do the unexpected. They wear their Taco Bell fandom on their sleeves—now they can do that literally," she added.

Though Taco Bell and Forever 21 come from different industries, both share core consumer values of convenience, speed, and affordability. The two brands are diverse, expressive, and global. Forever 21 has more than 600 stores around the globe, while Taco Bell has over 7,000 restaurants worldwide. The massive reach of these brands, coupled with a shared core audience meant Forever 21 checked all the right boxes for the partnership.

“For us it makes sense when there is a strong insight, an affinity to tie back to and to lean into what our fans already want,” she said. “With fashion, we recognized that people were already expressing their love for our brand and were creating Taco Bell inspired apparel and accessories on Etsy.”

“We listened to our fans (and our superfans) and were inspired to give them a collection we knew they would love,” Jennifer noted. "This isn't going to be just typical logo wear. It's distinct and fashion-forward."

What does it take to forge a successful partnership between two massive brands and bring a one-of-a-kind fashion collection to market? For Jennifer, this project is just the latest in a career punctuated by successes in a variety of roles.

"I began my career as a graphic designer at an advertising agency," she said. "I studied art and design in college, and I thought that was what I wanted to do. But after a few years, I transitioned to an account executive role. That position allowed me to work closely with a lot of major brands, including Taco Bell."

Taco Bell was immediately impressed with her work at the ad agency, and it wasn't long before they asked her to join their marketing team. Jennifer decided it was the right move—for a while.

"I thought, 'I'll do the Taco Bell thing for a year or two," she said. "But once I got here, I knew this was the place for me. There's just something in the air here. We do something different and unexpected every day."

Ryan Galloway is a writer, editor, and content strategist who's covered everything from wearables to retirement. He's also the founder of 18|Orion, a content agency based in New York City. He was formerly Director of Content Services at Contently.
More from Ryan Galloway

Taco Bell was founded on innovation and passion—and that spirit that Glen Bell brought to the masses in 1962 continues to push the company forward. Employees here work in a unique culture that fosters creativity and let them take risks, develop skills and learn in ways that fit their lifestyle. Taco Bell has a “Start with Us, Stay with Us,” mentality that encourages employees to leverage the career-building and education programs Taco Bell offers no matter how long you’ve been with, or plan to stay with, the company. Want to be part of the Southern California team recognized by Fast Company as one of the ‘Top 10 Most Innovative Brands in the World’? Learn more about what it’s like to work at Taco Bell, and check out open jobs. 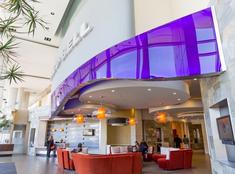 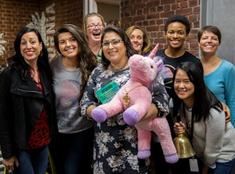 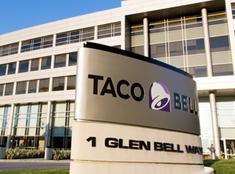