by
Bill McCool
Sponsored by Unilevershow me more 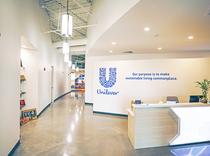 Devin Borst was drawn to his current company because of its commitment to sustainability. But, if it was up to him, you wouldn't even say the word sustainability anymore.

In fact, he'd remove it entirely from the business vocabulary.

Devin is a Brand Manager for Knorr at Unilever in Toronto who is also pursuing a Master of Studies in Sustainability Leadership at the University of Cambridge.

But you can trace Devin's passion back to high school. He remembers working on a project from a world studies class where he had to find a business that was making a societal impact around the world.

He learned that, in certain African communities, women would walk to a single location for water and bring it back inside a jug that they carried on top of their head, typically over great distances. The amount of water they could take was limited, and it was not uncommon for them to make multiple trips in a day. Long term, this would cause spinal problems.

Enter the Hippo Roller. The contraption, which looks like a trashcan that you can push like a lawnmower, meant that women could carry five times as much water, in a much safer way.

What Devin saw was a product that was not only transforming people's lives, but also a sustainable and practical business model that helped people by allowing them more time to focus on education or their own economic pursuits.

“I wanted any commercial activity I was engaged in to have a societal benefit," Devin says.

Align Yourself With Your Beliefs

While he had a lot of options available to him upon graduation, Devin knew that he wanted to work for a company that had a larger mission in mind.

"I wanted to learn, but I also didn't want to be embarrassed or ashamed if I told someone what I do," he explains. For Devin, someone reading about how his company could treat farmers poorly or have a negative impact on the environment wasn't an option for him. “I've tried to make sure I align myself with brands that have a social purpose," Devin says. "Whether it's environmental or social, they're all linked."

For Devin, Unilever was a natural fit. As he tells it, it was the perfect training ground to learn how to run a business, as he was interested in eventually starting his own nonprofit.

When he first came on board, he worked for Becel. The brand's mission wasn't to double sales, it was to help cure heart disease. The team worked closely with a medical sales force that was closely aligned with doctors who would help educate them on the benefits of using margarine over butter in order to help people with high cholesterol.

Then, when he worked for the Dove brand, the mission wasn't to force a bar of soap into someone's hands by any means necessary. It was to help improve women's overall self esteem and body confidence.

Now, Devin is working for Knorr, a brand with a mission to have 100% of its ingredients sustainably sourced, making sure recipes are nutritious for their consumers. The company is trying to tackle widespread rampant food waste by developing recipes that utilize leftovers. There's even a helpful Knorr YouTube channel detailing these recipes and showcasing some of the responsible farmers that the company works with.

As evident by Devin's career path, you don't have to work at a non-profit in order to believe in the mission of your company. The tricky part is finding a company with a shared mindset.

First, think about your dream company, then research the company, go deeper than just what's on the surface. Look and see if they have any volunteer programs or charitable groups. Dig into their social media or see if they have a separate website detailing their dedication to a specific cause. Then look for articles online that may dive a bit further to see what they really stand for. This will give you a better idea of what the company's true mission is. Yes, they're there to make money (and you probably are too!) but that doesn't mean totally forgoing your beliefs.

Devin believes that all companies should include sustainability as part of their mission. “My hope is that the term sustainability goes away in my lifetime and it just becomes part of business as usual." Devin says.

But it's something that will take time. Being committed to sustainability alone is almost too broad a goal, and he says it's helpful to find the issue you care the most about, and then focus on how you can pragmatically solve it.

For Devin, that meant pursuing his master's degree and bringing what he's learned to Unilever.

“On some intuitive level I know it's the right thing to do and the smart thing to do," he says. "Successful businesses 50 years from now are going to be the ones that got this early on." 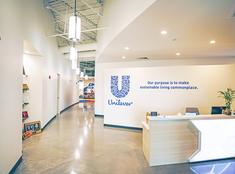 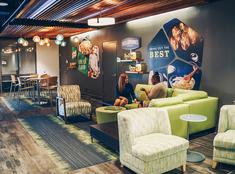 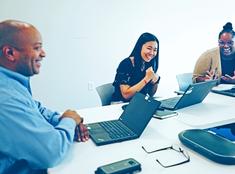