How to Land a Fulfilling Civilian Job After the Military

by
Anne Shaw
Sponsored by Enterprise Holdingsshow me more 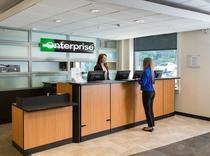 October 13 is a special date for former naval Petty Officer, Defanie Rogers. On that day in 1775, the first U.S. naval force was commissioned. In 2007, it was her wedding day. And in 2011, October 13 was Defanie's first day working at Enterprise Holdings.

“Do you love to travel?"

That question successfully recruited 18-year-old Defanie, alongside her twin sister, to a career in the Navy. Their parents couldn't afford to send the sisters to four-year universities, so they attended a recruitment fair to explore other options. They wanted to see the world, and the Navy was their gateway to that.

“I absolutely enjoyed being in the military," says Defanie. But, in early 2005, she decided it was time to shift gears. With her second child on the way, Defanie left the Navy to spend more time with her children and attend college with help from the GI Bill.

Pursuing a college degree had been her parallel dream all along, says Defanie. She earned hers in accounting before setting out to find civilian employment. Despite having her degree and a strong military career behind her, it was harder than she expected to get a civilian job without any civilian work experience.

“I was looking for nearly any job because I just wanted employment," she explains. “I did administrative work at first, including paralegal work, but nothing fulfilled me."

When Defanie spotted a job posting at one of Enterprise's competitors, she was intrigued. This type of work seemed to align well with her military experience. While preparing for her interview, Defanie did what all job seekers should do: she researched her potential employer's competitors.

During her research, Enterprise stood out to her as a great company, and in the end, that's where she landed as a Management Trainee (MT).

Looking back on her six-year career at Enterprise, during which she worked her way up from Management Trainee to Branch Manager, Defanie notes that it closely reflects a military career. Enterprise presents a clear career path with different tracks for its employees, which Defanie—an ambitious woman—appreciates.

“It almost exactly mirrors the early Navy career path,” she says. “It has clear checkpoints you need to pass—like written tests, evaluations, and interviews—so you know exactly what you need to do to move up and get promoted.”

So how did she apply her military skills to work successfully at Enterprise?

Her first month was tough, but she remembered the naval adage: “Adapt and overcome."

Defanie applied her experience connecting with people from various backgrounds when she approached the customer service aspect of her role. And she was excited to wear suits and heels after years in naval uniforms.

How to Make Your Veteran Experience Work During the Interview Process

While preparing for interviews, she says, veterans should reflect on the soft skills they honed while in the military. Not only will these provide guidance on what types of work could be challenging and fulfilling, but demonstrating these skills during the interview process will help set you apart.

Apart from any technical abilities, there are common soft skills that veterans have mastered that are gold to employers—think teamwork, problem solving, and prioritizing. Have anecdotes ready that show off those traits.

Now That You Have the Job, Here's How to Transition Smoothly to Civilian Work

When asked what advice she'd offer to veterans fresh out of the military, Defanie offers the following:

Many businesses actively recruit military veterans, so look out for companies with veteran hiring goals and programs.

These companies, like Enterprise, value veterans not only for their service to their country, but for their peerless work ethic and adaptability. In fact, Defanie says her employer and colleagues go out of their way to show appreciation, thanking veterans both for their service and for being part of the current team.

Once you land your first civilian job, Defanie suggests you seek out a mentor. When she started at Enterprise, she was formally matched with a helpful mentor whose goal was to help her career. But she didn't stop there.

She attended an Enterprise women's networking event and sought out another mentor she's now worked with for four years. The guidance she's gotten from both relationships has been invaluable in navigating the corporate world and staying motivated, she says.

Seek Out Other Veterans

When Defanie started, her boss made a point to introduce her to the other two veterans in her region. Today, they are some of her best friends, supporting each other from their shared military experience.

Be Open to Gaining New Skills

Great employers offer employee training and other types of professional development. Look for and take advantage of these opportunities, suggests Defanie, who has felt empowered by her continued training at Enterprise.

While transitioning from the military can feel like a time of uncertainty, especially after leaving the structure and direction you're used to receiving, Defanie assures us that there are many positive aspects of civilian life.

“I don't have to uproot my family every four to five years or move to accept a promotion, and I don't have to leave my kids for weeks or months at a time anymore," she says. She also enjoys having more control over her career path and her life overall.

“As a civilian, I don't have to worry about planning a vacation around the ship's deployment schedule," Defanie explains. “When I have available vacation days I can simply request the days and take time off." 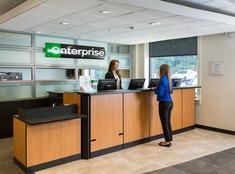 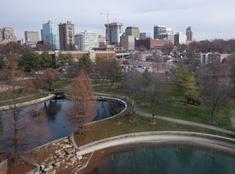 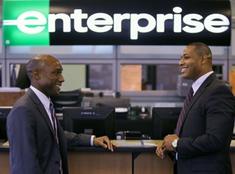