How to Design a Dream Job in Tech

by
Anne Shaw
Sponsored by AT&Tshow me more 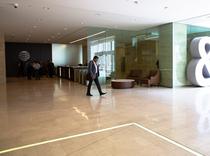 Working on a tech team is a good place to be.

Six of the top 10 happiest jobs in America are in tech, and the field claims nearly half of the nation's highest paying jobs. Plus, employer demand for tech professionals is greater than the current supply of qualified candidates. In fact, there are so many open positions in this sector that a Brookings Institution scholar who's studied the skills gap argues that the field cannot wait for new graduates, but needs adults who are already working in other capacities to switch careers.

And why not? The tech sector's long-term outlook shows no signs of slowing, so anyone who joins this field can look forward to a promising future. And even if you aren't already in tech, it's entirely possible to change course. I've spoken with teachers, administrators, and even a social worker who have successfully transitioned into tech careers—and not one of them plans to leave their new field.

Melissa Omet is another person who didn't originally plan on joining the tech workforce but says her non-traditional path ultimately worked in her favor.

“It armed me with soft skills that have complemented the hard tech skills I gained later," she explains. After earning her degree in history, Melissa accepted her first job at a global professional services company, planning to pursue a consulting career. She realized early on, though, that she'd prefer to join a company so she could gain deeper industry and technical knowledge. This led her to accept a role at A&T, leading a team of network technicians—the beginning of her career evolution into tech.

“Once I started dreaming in C++—literally programing an ATM machine in my sleep—I knew this was where I belonged," she says. So how did she get to that point? By understanding and capitalizing on what she enjoys and is good at, and then figuring out what company fit in to her goals. Let's dive in.

Curiosity launched Melissa in to her tech career. In fact, her first role at AT&T didn’t require her to have a deeply technical background, but being in that atmosphere gave her a strong desire to learn.

“My eyes were opened, and there was no going back. I loved the technical field," she says. While she could have settled for a hands-off management style, Melissa took a boots-on-the-ground approach. She shadowed the people who worked for her and took on every opportunity to better understand the technology behind AT&T's network.

To get closer to a job you love, take a page from Melissa's book. Identify what you enjoy and look for ways to sate your curiosity. Research different fields to explore your interests, talk to people in tech about how they got where they are, and look for employers that help their employees explore and pursue different career paths.

Hone in on Your Strengths

Melissa had strong business acumen and demonstrated leadership skills, which she used both to land and expand upon her first role at AT&T.

“Understand what you're good at and capitalize on those strengths," she says. “Also reflect on your weaknesses so you can then improve them or surround yourself with people who can fill those gaps." Melissa explains that she's naturally inquisitive and an avid reader, which helped her learn new tech skills and stay informed about her industry.

You should also consider what transferrable skills you've developed, Melissa suggests. She notes that demonstrating these types of abilities to future employers can lead you into different parts of a business—even across industries.

Need some examples? “Some of mine, for instance, are leading large-scale operations and successfully navigating union environments," she says. “Various industries and types of roles can benefit from those skills."

Marry Your Passions and Strengths with Your Company's Needs

Melissa's advice is to proactively guide your career—taking actions without necessarily needing to be told. In her first role at AT&T, the company needed a leader. She filled that need, but also wanted to learn about the technology so she sought out ways to do so.

She also suggests looking for a company that offers reskilling or skills pivoting programs and pursuing foundational knowledge by taking an operations role. Finally, she says that to ensure you're matching your desires with your company's needs, you need to sell yourself.

“Articulate and display what you already bring to the table, especially your transferrable skills, and how you plan to close any gaps," she says. “Then share your approach for learning a new technology and show proof that you can master it for your new role. Give the hiring manager a good reason to take a risk on you."

Take it from Melissa: Starting a challenging new role and molding it around your strengths and passions may just be the more rewarding work experience you could have. And don't forget about your soft skills and other skill sets. They may just give you the edge you need to begin your dream job in tech. 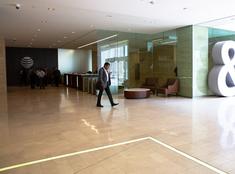 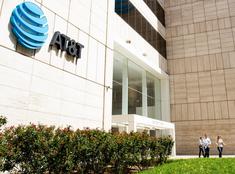 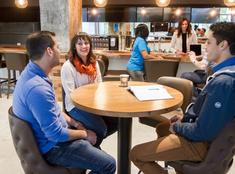