Here's How a 5-Year Plan Can Help You 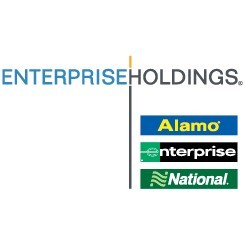 We've all been there before.

You finally landed an interview for your dream job. You did your research on the company, you wore your best outfit, avoided nervously fidgeting with your hands during the interview... but then they asked you that dreaded question:

Where do you see yourself in the next five years?

It's a pretty scary thought. But instead of letting the anxiety in, take a moment for self-reflection. You can use the question to reappraise your own goals and how you can go about accomplishing them.

Better yet, you can look for a company that will help you.

Just take it from Enterprise Holding's Kate and Rory.

Kate has only been with Enterprise for a year and a half, but she's already an assistant branch manager in Phoenix.

“When I first started," Kate admits, "I don't think I really knew how quickly things would move with Enterprise."

Previously she was in the restaurant industry and always believed that when you're interviewing or starting out in a new position, more than likely, you'll still be at the bottom of the totem pole within those first five years.

"Now that I've been with Enterprise for a year and a half, I think my perspective has changed quite a bit," she says. When prompted during the interview about her five-year plan, Kate said she saw herself as an assistant branch manager and they laughed and told her, "Oh, no, you'll probably be past that."

“Most companies don't move that quickly," she jokes.

But it was true. Within a year Kate had been promoted to her current role, and she credits her success to having great managers who made her career path a priority by helping her move forward. "Enterprise is structured so that they often promote talent from within," she says. "It's a specific path, and the managers help you to achieve your next goal."

Like Kate, Rory has only been with Enterprise since 2015, and his rise has been no less impressive. He's been promoted twice and works in central London as an assistant branch manager.

"Compared to my work peers," Rory says, "that progression has been quite quick. But I had good leadership from my branch manager and area manager."

When asked about his five-year plan, Rory remembers that it was a difficult question to answer because there were so many paths he could take at Enterprise. Originally he thought he wanted to be in a business rental sales position, but he found that his passions changed the more he saw of the company and he realized that his strengths were on the operational side of things.

But what truly helped Rory get to where he is today was using his face-time with his supervisor to his advantage. In addition to his yearly performance review, he has monthly personal development check-ins with his manager and these frequent touch points help him work toward his goals.

And that support is what helps employees work towards their next career step. "They do promise progression," Rory adds, "if you work at it."

There's another way to wrap your head around that all-too-common interview question. Yes, it's a five-year plan, but you're also drawing up a blueprint for your career.

"It helps you with your targets and helps you set a goal," Rory says. "Sometimes you go to work on a daily basis and you forget just why you're there, why it is you're doing this every day. But with a five-year plan, it keeps you pushing towards your goal to maintain that quick and steady progression."

"Setting those timeframes to complete each task is really helpful for me," Kate offers. "If I don't have a set date or goal, I will never complete it. I feel like most people procrastinate if there's not a specific end game."

And, Kate says, if you aren't fortunate enough to work for someone that's as proactive about your career path as you are, that's OK too. According to her, you can set your own benchmarks in your personal calendar and have a clear date that says, "by this time, I'll be here."

With her goals laid out before her, she feels empowered. "I appreciate working for a company that truly cares about where I'll be in five years," Kate says.

And as for those next five years for Kate and Rory? They would both like to manage their own branch and then move into regional management positions.

That makes sense. After all, it's part of the plan.

Photo of people on computer courtesy of DragonImages/Getty Images.