Four​ Ways To Explain Tech Concepts to Your Non-Tech Coworkers

Sponsored by true[X] Show Me More 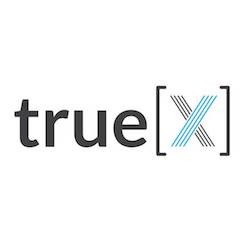 Imagine carrying your entire music collection in your pocket. Easy to understand, right?

This was how Steve Jobs, the late CEO of Apple, introduced the iPod in 2001. He was light on the tech specifics and heavier on what it can do for the consumer.

This “what's in it for me?" approach, or explaining the benefits of a tech concept instead of its functionality, is one of the many effective methods engineers and scientists use to convey complex concepts to others.

If you're a developer or in another type of technical role, we know you have exciting things to share, and we want you to be able to discuss those gems without lulling your non-tech co-workers to sleep. So, we talked to some experts about the most effective strategies.

1. Bring Out Your Inner Shakespeare

If someone doesn't know, well, anything about the tech you're trying to explain, even starting with the basics probably won't be effective. Instead, try comparing the concept to something that someone does know the ins and outs of.

Take for example, a WordPress website, says Karen Dimmick, author of 47 Mind Hacks for Writers. You can have co-workers think of it as a house containing everything they own. The WordPress “theme" is the house's look—the wall color, your furniture etc.—and the “plugins" can be equated to functionality like plug in a stereo so you can listen to music.

Such analogies make it easier to explain complex concepts. “You just have to pick something your co-workers already understand. Something they're comfortable with and can get their head around, then show them how your tech topic is equivalent to all the different parts of it," Karen says.

Just make sure you think through your metaphor and prepare it ahead of time, says Jesse Albini, lead application engineer at true[X]. “One thing I've learned is it's not good to come up with a metaphor in the meeting that you're currently having, because usually they're bad," he cautions. "On the fly metaphors, or switching metaphors while you're explaining something, can be confusing."

2. Let Your Co-worker Take the Lead

Set up an interview with your co-worker, suggests Dianna Booher, CEO of Booher Research, communication consultant, and author of Communicate Like A Leader, as well as 30 other books on business communication.

In other words? Let others guide the discussion by asking questions at their level of understanding, Dianna recommends. “You'll be able to assess what they already know, what they want to know, and what they need to know. Then you can respond accordingly, bridging the gap from your expertise to their need for a solution or increased understanding."

You can also ask people what their learning style is, and adapt your approach from there. For example, if someone is a visual learner, it can be helpful to draw it out for them.

“Keep it visual. Represent the big pieces on a whiteboard during a meeting, to help extrapolate the small details," says Jesse.

3. Opt for Curious, Not Condescending

Keep this comment from humorist Will Rogers in mind: “Everybody's ignorant—just on different subjects."

His point? You should never wield your knowledge in a way that makes others feel uncomfortable or inept. Too much explanation can come across as “talking down" to your audience, Dianna says. “It's generally better to precede the explanation in question, with a comment like this: 'I can go into a deeper explanation about X if you'd like me to?' Then let the listener say yes or no."

“Never phrase your offer like this: 'Does anybody need me to explain X?' Rarely will anyone ask for an explanation, fearing to be the only unknowledgeable person in the group," Dianna adds.

And Jesse agrees. "People tend to get intimidated if you use a lot of tech jargon. And it's not even just tech jargon. If you go into minute detail, people will lose track and will be less involved. You want people to feel free to ask questions, to pitch, and feel useful."

4. Add a Dose of Empathy

Diane DiResta, founder and CEO of DiResta Communications, Inc., a New York City consultancy that helps business leaders with public speaking, advises creating context around the technology before you start talking specifics. “Start with questions: 'Have you ever experienced [problem the technology solves]? That's what this technology or engineering process solves or does.'"

More importantly, pay attention to how your co-worker is reacting.

“Silence and glazed eyes is a bad sign that you've derailed the conversation and you've lost people's attention," Jesse says. "Don't assume that people have any kind of technical experience, so be patient."

Helping people understand tougher concept will help build relationships too, he adds. When you're able to explain things to people, they'll likely be more comfortable approaching you again.

To make your co-worker feel at ease in asking for a nontechnical explanation, try these phrases, Dianna suggests the following:

At the end of the day, your co-workers will appreciate the extra effort you've put in to explain complex topics and, ultimately, you'll save time explaining features or asks down the road. Plus, what's the point of building a product that no one understands? With these tips, your audience will bask in your brilliance—and you'll all move forward more effectively.

Poornima Apte is an award-winning freelance writer and editor with a special knack for distilling complex concepts into easy-to-understand language and for telling people's stories with empathy. She is happiest when her bedside stash of books resembles a Jenga pile.

true[X] is imagining the future of the commercial for the interactive age. They've built an engagement advertising system that's centered on tailored attention and uses all the promises of digital media to create beautiful and highly effective ads. Originally founded in 2007 and acquired by 21st Century Fox in 2014, true[X] pioneered the engagement-based ad model. It now has offices around the country that combine an innovation-driven startup mentality with large-scale resources.