Sponsored by Expensify Show Me More 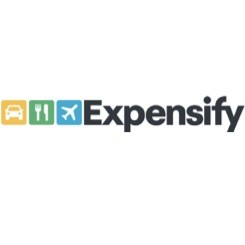 Relocating an entire company to a different country every year for three weeks may sound like an impossible feat. Not so for Expensify. During their annual Offshore, the expense management software company invites all employees to pick up and move to another country. Past destinations include Cambodia, Thailand, Croatia, Portugal, Uruguay, and Italy.

For the first two weeks, employees choose their own hotels, hostels, or Airbnbs and work from anywhere with WiFi. The final week, Expensify treats everyone—family members and significant others included—to a five-star experience to reward employees and encourage bonding beyond the workplace. Of the company’s 130 or so employees worldwide—including six offices and numerous remote workers—about 90% attend Offshore each year.

So how are they able to pull the trip off and stay as productive as they do at their home offices? We spoke to a few Offshore attendees who recently returned from this year’s destination, Vietnam, to understand how the company excels while employees are traveling outside of their comfort (and time) zones.

Alex Revelli, Expensify's director of people operations, working in a café in Vietnam

Expensify has two important rules that everyone follows, whether they’re working from the office or setting up shop halfway around the world: “Get Shit Done” and “Don’t Ruin It for Everyone Else.”

“Get Shit Done” is so important that the company keeps it top of mind when interviewing potential employees. “The core qualities we look for during the hiring process are talent, ambition, and humility,” says Alexandra Revelli, Director of People Operations and seven-time Offshore attendee.“This helps ensure our employees can follow ‘Get Shit Done’ pretty easily—we can trust that we’re all going to keep on keeping on, wherever we are.”

Aside from hiring candidates primed for productivity, Expensify uses simple strategies to keep employees accountable for their work—starting with what's internally called a “10 AM.” No matter where they’re reporting for duty, every employee begins their day with this ritual. “It involves an in-house tool where we type out our plans for the workday, add in anything that’s on our calendar, and then state what our goals are for each task,” Revelli says. “It’s mostly to help focus ourselves before we start the day, but it’s also visible to others in the company in case they’re interested.”

Meanwhile, “Don’t Ruin It for Everyone Else” is all about being a team player. It guarantees that nobody treats Offshore like an extended vacation. “On a typical weekday during Offshore, we might work even longer hours than when we’re at home because we can get so much more done with everyone in the same time zone,” says John Lee, a full-stack engineer from the New York office and three-time Offshore attendee.

For Sophie Pinto-Raetz, a Success Coach based in London with two Offshores under her belt, the rules provide a perfect balance of responsibility and respect. “They help create accountability in a pretty amorphous work environment, and also respect the fact that we’re adults and can manage ourselves,” she says.

Everyone Knows How to Manage Their Time

Expensify’s company culture encourages its employees to structure their schedules in a way that works for them—as long as everything gets done. Back home in Portland, for example, Revelli exercises for an hour each afternoon to break up her day at the office and take some time for self-care. “It’s not as exciting as taking a break to swim in the ocean during Offshore, but it’s just as important that we have the same flexibility on an ongoing basis,” she says.

Of course, working abroad can be a lot more disruptive than a gym break or water cooler chatter. Indeed, Offshore is a crash course in managing distractions and staying on task. “On top of our normal responsibilities, we have to figure out how to navigate a new country, a foreign language, and an entirely different culture,” Lee says. “It’s an incredible opportunity, but it can also get a little overwhelming at times. So, when I finally settle down and really need to get into the zone, I put on my headphones and fire up Spotify.”

Aside from tactics to maintain focus, Pinto-Raetz adds that adaptability is key when traveling longer term. “I’ve worked in laundromats, buses, and airports during Offshore. It truly doesn’t matter to the company where you’re at during the workday, as long as you’re safe and productive!” says Pinto-Raetz.

John Lee, a full-stack engineer (second from left), in Vietnam

There’s a Culture of Friendship

Traveling with a group to a foreign place is a lightning-fast way to get acquainted. And given the way Expensify encourages shared experiences, employees are already primed to develop truly close bonds.

“The company has a social policy that pays for events planned by employees, as long as we invite all of our co-workers,” Lee says. “For example, the New York office went to a Yankees game a few months ago, and there are often weekly trivia and yoga nights at different offices. All in all, we’re encouraged to plan events and hang out with each other outside of work, which definitely builds stronger relationships overall.”

This “social policy” carries over to Offshore, as well. Group dinners and other Expensify-funded outings such as cave tours, private boat cruises, and wine tastings have been commonplace on past Offshores. “I don’t think you can replace the magic that happens in person,” says Pinto-Raetz. “On my first Offshore in Italy, I was still getting to know everyone and opted to join a group of colleagues from different offices for dinner. We had the best time, and actually ended up prompting a few glares from other patrons for laughing a bit too loudly. You’re not able to do that virtually!”

Most recently, in Vietnam, Revelli invited everyone on a weekend trip she’d planned to Phú Quốc. “Four people I’d never really spent time with joined me—they were from different offices, different teams, and different roles. We all got to know each other really well,” she says.

Expensify employees may be spread out around the world, but the company is always thinking of new ways to keep people happy and engaged. These include an always-on video conferencing app that connects the offices, reimbursable meals that encourage employees to explore local establishments, and a more compact, week-long version of Offshore called Onshore.

“From the management side and the people ops side, we’re all unified in trying to make Expensify the best place to work,” Revelli says. “We want to be like a second home, so we work really hard as an organization to stay true to that and keep our employees excited and proud to work here.”

Alex Revelli on a boat ride with coworkers in Vietnam

Photo of Sophie Pinto-Raetz, a success coach at Expensify, walking with co-workers in Vietnam courtesy of Expensify.

At Expensify, an expense reporting software company with millions of users worldwide, there are no official titles, managers, or hierarchies. Employees float between teams and create their own paths to success by choosing projects that align with their professional and personal goals. With the support of individual mentors and teammates across the globe, everyone at Expensify has the tools to grow in any direction. They just need to follow two simple rules: “Get shit done, and don’t ruin it for everyone else.”