5 "Efficiency" Habits That Are Actually Killing Your Productivity

by
Aja Frost
Sponsored by Epsilonshow me more 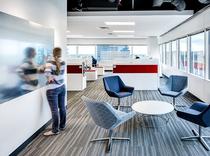 There are very few productivity techniques I haven’t tried in my attempts to work better, faster, and smarter.

Daily meditation sessions? I’ve tried it. (And have kept it up—it’s a great de-stressor.)

“No-Meeting Mondays”? I’ve tried it. (And think it’s great—as long as all of your team members are 100% behind you.)

Structured procrastination? Tried that too—it's my new favorite way to get through my to-do list.

Yes, thanks to all this experimentation, I’ve incorporated some awesome habits into my day-to-day routine. But I’ve also discovered many so-called “productivity hacks” that don’t work so well—habits that might mean you get even less done. Like these five: If you want to get the most out of your time, you’ll drop them ASAP.

How many times have you sat down at your computer and told yourself that you wouldn’t get up until you’d plowed through your to-do list?

Guilty. In fact, that used to be my go-to strategy when work got crazy,. But according to an analysis by DeskTime, a time-tracking app, chaining yourself to your desk actually makes you less efficient.

“The most productive people work in ‘sprints’ for 52 minutes at a time, then break for 17 minutes,” says Julia Gifford, who helped run the study. Gifford explains the secret is being intensely focused during the sprint, then completely turning off during the break. This cadence helps you get as much done as possible while mitigating the risk that you’ll burn out.

So next time you’ve got an insanely long to-do list, try tackling it with frequent breaks in between tasks. In the long run, you’ll likely finish faster.

Full disclosure: I’m the worst at ignoring my inbox after I leave the office. (I sometimes check my email in the middle of the night when I wake up to go the bathroom. It’s not good.)

Being constantly tuned-in makes me feel like I’m staying on top of everything, yet research shows that I’m not doing myself any favors. A two-week study from the University of British Columbia found a direct relationship between how often people checked their email and how stressed they were.

Why? The researchers call email a “never-ending to-do list.” Even if you’re temporarily caught up, that never lasts long—after all, the average person gets 90 emails per day and sends 33.

This email-related stress causes unhappiness, which in turn decreases productivity. And when you’re getting less done, you’re likely to be even more stressed. To stop the vicious cycle, I’ve deleted my work email from my phone so I can’t check it once I leave the office. If that’s not an option for you, try these other tricks to stop obsessively checking your email.

When you’re trying to boost your efficiency, it’s tempting to think a new app is the answer. You want to make sure you hit your goals, so you download a tool to track your progress. You want stay organized, so you try project management software.

Next thing you know, your devices are jam-packed with apps—but you haven’t gotten any more productive. (In fact, since these apps usually come with learning curves, you might actually be wasting time using them!)

The reality is that an app works best when you have a solid system in place first—a system that the app augments, not replaces. For instance, when I was struggling with time management, I found it really helpful to re-order my to-do list, prioritizing tasks by importance and deadline. Once I learned that worked for me, I chose a to-do list app that let me add a priority level to each item, showing me exactly how pressing each task in my pipeline was.

It made a huge difference. But while the app definitely helped, the process came first.

When it comes to getting things done, Epsilon’s associates are masters—check out jobs at Epsilon and see what you could learn.

You’ve probably heard that squeezing an extra hour out of your day is simple: Just set your alarm 60 minutes earlier than usual.

Although “wake up early” might be a popular piece of productivity advice, it doesn’t hold up if your shifted schedule leads to sleep deprivation. (Which, as you’ve likely heard before, hurts your short- and long-term memory, ability to focus, decision-making capacity, math processing, and cognitive speed.)

Sure, you could get enough shut-eye by heading to bed an hour earlier—but getting our bodies used to a new routine is often easier said than done; plus then you haven’t really given yourself any additional time.

So, while staying up late or getting up early to crank through a project is occasionally necessary, it’s not a realistic strategy for boosting your long-term efficiency. Get enough shut eye and you’ll get more work done, better in the long run.

5. Forcing Yourself to Use the Newest Productivity Tricks

My manager used to start her morning by answering emails, sending team updates, checking in with her reports—in other words, doing small, relatively low-effort tasks that let her build up momentum for the bigger tasks later in the day.

Then, she discovered Brian Tracy’s incredibly popular eating the frog method. She started tackling her toughest task first, which is supposed to cut down on procrastination and make you feel super productive.

The results were horrible. She now got tired around noon rather than 5 PM. That meant she had difficulty getting to the little tasks on her list, not to mention running meetings and being our team’s point person.

Everyone was happy when she switched back.

So, does that mean you should save your biggest tasks till after lunch? Nope. I’m actually a huge fan of eating the frog: It works perfectly for me, since my energy levels are highest in the morning.

The takeaway: Pick the method that matches your personal work style. Trying to force yourself into a non-compatible process won’t work.

Dozens of productivity experiments later, I’ve learned the most important thing is to track your results. Even if a tip or trick sounds good (hello, waking up early), it might not fit your work preferences—and could even hurt your efficiency. The only way to know for sure is by giving it a whirl and understanding what’s really working for you .

Photo of man at work courtesy of Tom Merton/Getty Images.

Aja Frost is a freelance writer specializing in business, tech, career advice, and productivity. Check out her website or say hi on Twitter.
More from Aja Frost

Epsilon transforms data into insights to create tangible brand-to-consumer relationships for companies around the world, using digital marketing tech to inform strategy and engaging creative that connects with clients on an emotional level. Learn more about working at Epsilon and check out open jobs! 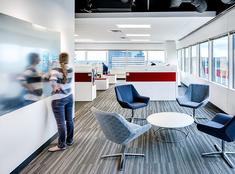 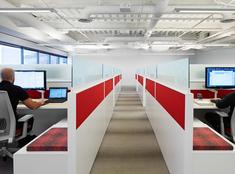 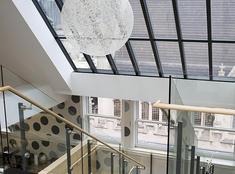