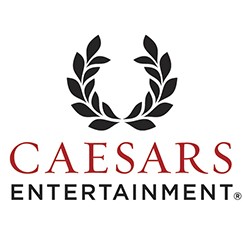 At 25 years old, Crystal Fletcher took a job with Harrah's Laughlin Hotel & Casino, mostly because it seemed like fun. She wasn't happy working with a local travel agent, and a friend who worked at Harrah's liked it and suggested it would give Crystal "something to do."

The job, in fact, gave Crystal plenty to do—for 18 years and counting now. Her entry-level position led to a full-on career that has included a number of different roles—most recently as Vice President of IT and Executive Associate to the CIO.

That kind of rise doesn't happen by accident. Here's how Crystal found her way.

Crystal's first job with Harrah's was in the Laughlin Hotel and Casino's loyalty center. After a year and a half, she was offered the opportunity to go to the company's corporate location and help rebrand their rewards program. It was supposed to be a one-year engagement, but one thing led to another, and she never left.

"I was like, 'Sure, I'll take a leap of faith,'" Crystal says. "I could still be at Laughlin or somewhere else. If I had not chosen to make those decisions, it would have been a different story."

A willingness to take new opportunities when they came her way was key to Crystal's upward movement in the company. The biggest challenge to taking them, she says, was trusting herself. That was especially true when moving from marketing into an entirely different department: IT

"There was no job description, and there was not a lot of detail around the position, and I knew nothing about IT. I had to really sit down and think about my skill set," she says. Though she wasn't entirely sure she was qualified for the job, she trusted in her ability to figure it out, and she took the risk. "The biggest way to overcome that challenge is to just jump. Try."

And that's solid advice for anyone looking to move up the ladder in their career. We all have reservations, but timidity is a surefire way not to make it to the top. So, the next time someone presents you with an opportunity, jump at the chance.

Crystal was lucky to have down-to-earth, inspirational leaders in her various roles at Harrah's. But while having great managers might be luck, knowing how to connect with them was a skill that turned those relationships into a fast-track to upward mobility.

When she was still at Laughlin, for example, Harrah's then-vice president of marketing came to the hotel for a project, and Crystal worked behind the desk with him during a shift. That connection led to her invitation to work with the corporate team. "He was the one who told me, 'You need to come to corporate; you need to work on my team; you need to be part of this bigger initiative.'"

How did she impress him? It wasn't what she already knew—it was everything she wanted to know. "The biggest thing was I asked a lot of questions," she says. "And I wasn't afraid to ask questions about what people were doing and why it was important."

Being inquisitive shows leaders that you are genuinely interested in the job. If you don't get a lot of face time with your managers during your work day, try to schedule a time to speak with them. Ask for feedback on your performance and then have a few good questions prepared about a department you're interested in or the organization at large.

And don't forget to connect with people besides your direct managers. Connecting with someone in HR or even a peer could lead to your next big opportunity.

After her transition into IT, Crystal found there was a lot to learn. So much, in fact, that she took the initiative to earn a bachelor's degree in information technology.

"I'd found that I liked the IT role, even though I had come into it by accident, so I wanted to further my education in that space," says Crystal. Even while working full-time, she managed to complete her degree in 13 months.

"It allowed me to get better at my job, but also think about my career long-term," she adds. "I was torn between the things I loved about IT and marketing, and to bridge the gap, I depended on things I learned through school to give me the ability to grow into both positions."

Don't be afraid to put time into bettering yourself. Even if you don't have time to go back to school, you can still find ways to grow. Take advantage of growth initiatives at your company, read books relevant to your industry, and attend conferences on subjects you're interested in.

Learn on the Job

For Crystal, learning has been a career-long endeavor, from her early days in Harrah's Laughlin Hotel & Casino to her current role as a vice president. She credits her impressive rise through the company to an ongoing commitment to learn from everyone around her—customers and coworkers as well as leaders.

"It's going in with a mindset that says, 'I'm going to take something away every day,'" she says. "If you're willing to take the time and ask the questions and learn, you take it with you when you grow." And if you look at your job from that perspective, everyday is an opportunity to improve and get closer to the position you want.

As someone whose career has grown more in 18 years than many others do in a lifetime, Crystal is a leader young professionals would be wise to listen to, connect with, and learn from. From entry-level to vice president, she has mastered the art of moving up—and that's a skill she'll continue to use.

"The future is still a work in progress," says Crystal. "I am growing and taking in new areas and responsibilities, which keeps it fresh and fun."

Natalie Burg is a freelance writer and editor specializing in business, development, innovation, and lifestyle. She lives in Ann Arbor, Michigan with her tiny children, enormous dog, and regular-sized husband. Learn more about her work on her website.