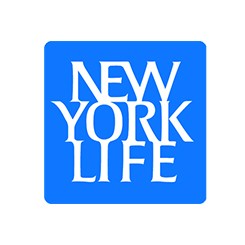 It's no secret that tech is a bit of a boys' club. The industry, notorious for disrupting things, has been challenged with disrupting itself—and it's safe to say it still has a ways to go.

Not at these conferences, though. Women can connect with others in the industry, discuss the industry and its challenges, but also hear amazing female speakers and get actionable advice on topics like entrepreneurship and advancing their careers.

Sound like something you're interested in? Check out these tech events that provide everything from product-building power hours to skills advancing and networking opportunities.

The Grace Hopper Celebration of Women in Computing, produced by the Anita Borg Institute, is the world's largest gathering of women technologists. The conference highlights the achievements of ladies in tech and provides opportunities for collaboration, professional development, and networking. And for those just starting out in the industry, it's a great opportunity to talk with recruiters from a variety of companies (and maybe get your foot in the door!)

“When women attend, they feel more connected to the community of women technologists and far less isolated than they might feel in their daily lives," says Ames. "The opportunity to see what other women are doing inspires them to build their career in tech."

This year's conference will be held October 4-6 in Orlando, Florida and will include things like hands on workshops, meet and greets with executives, and leadership panels. Keynote speakers have not yet been announced, but past favorites included Latanya Sweeney, Professor of Government and Technology in Residence at Harvard University, and Manuela Veloso, the Herbert A. Simon University Professor in the School of Computer Science at Carnegie Mellon University.

2. The Girls in Tech Catalyst Conference

The Girls in Tech Catalyst Conference is an event designed to empower women at all career levels. Their goal is to create the "largest intimate" tech conference. It's all about sharing: sharing lessons learned, their journey to the top, and advice to the next generation of tech's women.

The conference will be held in San Francisco from June 20-22 and will feature TEDx-style presentations with more than two dozen speakers, including Sallie Krawcheck, CEO and Co-Founder Ellevest and Chair of Ellevate Network, and Jennifer Hyman, CEO and co-founder of Rent the Runway. Topics include "The Glass Ceiling and The Glass Universe" and "Power Up: How Smart Women Win in the New Economy."

Wonder Women Tech produces year-round national and international conferences that educate and promote women in science, technology, engineering, arts, and math. Wonder Women Tech conferences offer panel discussions, coding classes, hackathons, thought leadership, workshops, and a variety of programming aimed at empowering women. They want to "disrupt the conference model" and make sure their programming is available to anyone who is interested, including students from lower socioeconomic backgrounds.

The 2016 National Conference theme was "We Are Pioneers" and featured over 140 speakers from around the world. This year's conference is centered around "We Are Change Makers" and will look at Science, Tech, Engineering, Arts, Math and Innovation
and highlight the women who've helped advance these areas for the next generation. It will be held in Long Beach, California in August 2017 and Washington D.C. in November 2017.

The Global Tech Women's Voices Conference focuses on finding solutions to the gender gap in the tech industry and building an international community of women in tech.

Global Tech Women's Founder and CEO Deanna Kosaraju believes that “women should have the opportunity to meet inspiring role models no matter where they are in the world," which is why she created a platform where women from around the globe can take advantage of the Voices Conference for free. The 2017 conference has happened and the conference is available online now.

Last year, more than 26,000 women took part in the conference and the numbers continue to grow. Global Tech Women offers meetups and events throughout the year, including an upcoming conference this August in India.


No matter what conference you choose, be sure to make the most of it. Pre-conference, definitely put a schedule together of the speakers or panels you're most interested in participating in (after all, it's sometimes hard to get to all of them), and while you're there, attend networking events. You never know where or when you'll find your next career opportunity, mentor or friend. Then get on social media and share some of the inspiration you learned while you were there.

After all, the best clubs are the ones that keep growing and inspiring others.

Photo of photo of woman at event courtesy of izusek/ Getty Images.

A former branded content editor at The Muse, Jennifer helps brands tell their stories. Based in Kansas City, when she's not out exploring and sampling BBQ, you can find her at home reading and perfecting her pasta sauce.

New York Life is the largest mutual life insurance company in the country and offers a collaborative and caring workplace where an innate drive to excel is matched by a sense of responsibility to help communities and people prepare for their futures. New York Life is looking for the ambitious tech professionals whose ideas will help shape its future. Learn more about what it’s like to work at New York Life Technology and check out open jobs.