by
Elizabeth Wellington
Sponsored by Gap Inc.show me more 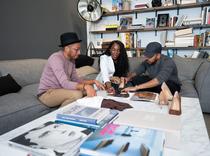 Gone are the days of most employees sticking with a company for the long haul. But maybe that’s a mistake. After all, there are benefits to staying true to your employer — things like stability, seniority, and for Dan Longsworth, a merchandising director for GapFit, innovation and growth.

In his 19 years at Gap Inc., Longsworth took advantage of every chance to break the mold and challenge himself. He’s zigzagged in jobs across four Gap brands (Gap, Banana Republic, Old Navy and Athleta), in three states, even taking an opportunity at Gap China in Shanghai.

His willingness to take risks has been a catalyst for an employee-employer relationship that continues to evolve. Along the way, he’s learned some valuable lessons that may make you question your next job jump.

1. Organizational Knowledge is an Art Form

Dan Longsworth started his career at Gap Inc. as a stock boy at the local mall. In college, he worked as an assistant manager at a Banana Republic. These two jobs — and the ones that followed — set an invaluable foundation for his understanding how Gap works on the ground.

Every company has organizational knowledge that you have to tease out over time. Longsworth, in his 19 years, has soaked up everything he can about the nitty-gritty inner workings of Gap Inc.

Staying with the same company means you’ll know how to get stuff done — like the right people to call or the right channels to tap into when you need a solution.

After a while, you gain a clear understanding of your company’s business practices, culture and community— and as a result, become fluent in its “language.”

While interviewing for a merchandising role in China, Longsworth told his future supervisor, “I don’t speak Chinese, but I do speak Gap.” That turn of a phrase got him an awesome opportunity to work abroad.

2. If You Want to Change Course, You Can

To get to where he is today, Longsworth had to take pretty big risks. A decade into his time at Gap, he knew he wanted a change. Despite his success working in retail and then visuals, he had a strong passion to work in merchandising, which he describes as “the engine” of the organization.

So, rather than stay on a less satisfying path, he planted the seed for a career change. But without the necessary skillset, he realized that he had two take a demotion (or two). He decided that his future career growth was well worth the risk. “I totally took two steps back to switch to merchandising,” he says. “But by making that change, I’ve spiraled my career upward by ten times already.”

Longsworth believes that only by following his curiosity was he able to set himself up for advancement. “You have to shake things up,” he says. “If you see an interesting, life-changing moment for you, take the demotion.”

The key here is that staying at the same company doesn’t mean stagnating. If you find a company that fosters change, and you’re willing to take the jump, you can continue to grow (and get promoted).

If you stay at a company for the better part of two decades, you learn that your reputation follows you wherever you go. Although Longsworth has worked across brands— he still sees a lot of the same faces.

“You have to be your best you,” says Longsworth, “If you come off as a total jerk to somebody, they’re going to remember that.” It’s why he fosters respect wherever he goes.

After all, respect is vital to working across departments, brands, and even generational lines, where opinions and perspectives outside your own will come into play.

“Right now I’m working with three different generations: baby boomers, generation X, and millennials. I think this is really the first time in history that we’ve had such differences within those three segments. So, respect is really important.”

Sticking with a company, means sticking with the right company. After 19 years, Longsworth is still super excited to go to work every day.

Elizabeth Wellington is a freelance writer and content marketer. She writes about business, creativity, and finding work you love. For more inspiration, check out her website and say hello on Twitter!
More from Elizabeth Wellington

Gap Inc. employees are given the autonomy to be hands-on decision makers from day one. The company's leadership assumes a supportive role and applies a collaborative management style. Gap Inc. empowers employees to speak up and take action, offering the guidance and insight to help them transform their suggestions into strategies. Learn more about what it’s like to work at Gap Inc., and check out open jobs 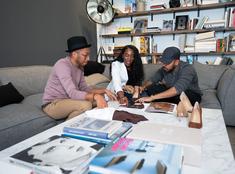 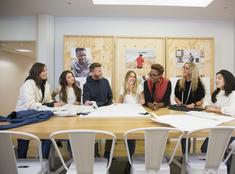 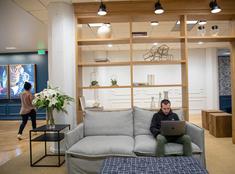