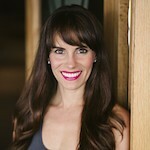 After gaining her Bachelor of Science in Business Administration from the University of Delaware in 2005 and a stint with the Washington Wizards NBA dance team, Stephanie found herself drawn to the mountains of Colorado and made her move in 2007. She opened up a Pure Barre studio there in August 2013 and since then has changed client’s bodies and lives with the unique lift.tone.burn. Pure Barre philosophy.