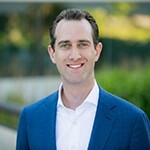 Sjoerd Gehring is the Global Head of Recruiting at Johnson & Johnson where he’s responsible for filling over 25,000 jobs a year. He’s on a mission to re-imagine the recruiting experience for both candidates and major organizations and writes publicly about his team’s progress toward that mission. Originally from Amsterdam, the Netherlands, he now calls New York City home. Follow him on LinkedIn and Twitter.

Out of 100,000 Interviews, These 7 Candidate Questions Stood Out

4 Ways to Make a Recruiter Fight for You, According to a Successful Recruiter

This Is How You Stand Out When You're Competing Against 3,000 People

My Team Reviews 1,000,000 Resumes a Year and These Are the People Who Stand Out