Sponsored by IBMshow me more 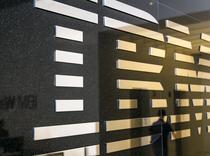 Cecelia Schartiger and her kids loved their community. Her husband liked his job. But after all the hard work of earning a bachelor's degree in education, it became clear that there were no teaching jobs available in their area. She had to make a choice: relocate her family or change careers. With her four-year degree fresh in hand, the prospect of starting over was daunting.

"I started to do a lot of thinking about what was the best decision for my family," she says.

As it turned out, the situation wasn't as dire as it seemed. After getting an entry-level job at IBM, she gained an interest in cyber security. And just two community college classes later, she was hired as a junior Information Assurance compliance officer for IBM's Cyber & Biometrics division.

Though her story sounds incredible, hiring candidates with non-traditional education backgrounds is increasingly common in the tech industry. Applicants to IBM's newly launched program include teachers, nurses, and finance pros—all ready to become software engineers, mobile developers, front-end designers, and more. Without needing a four-year education in computer science to do it.

A Spectrum of Alternate Training Options

According to Code.org, there are currently 493,270 open computing jobs nationwide, and yet only 42,969 computer science students graduated last year. At IBM, says Kelli Jordan, talent leader for the tech giant's New Collar Initiatives program, they are feeling that disparity.

"We've got a massive skills gap across the tech industry, so people with non-traditional backgrounds are really becoming valuable," says Kelli. "You don't need to go get a computer science degree to be a web developer. You can learn those languages in a variety of ways."

And community college courses are just one option. Three- and six-month tech bootcamp programs are now a common entry point into the tech industry. Even free and low-cost online courses are giving people the knowledge base they need to pivot into tech, entirely self-taught.

That's not to say people's existing four-year degrees outside of tech are worthless. Kelli says the professional and soft skills students develop during those experiences are always valuable. And Cecelia has experienced a notable carryover of skills from her college education into her cyber career.

"With teaching, you might not reach every student, but you can make a big difference for the kids that you do reach," she says. "In cyber, if you can help with just one vulnerability it's rewarding because you're not just protecting your company, you're protecting your clients."

Even changes from careers far afield from tech can supply workers with a surprising amount of transferable knowledge. Yeshe Wingerd began his career in music and philosophy and studied Flamenco guitar in Spain. He then became immersed in the wine industry, working as wine maker and salesperson in California's wine country. But after one six-month tech bootcamp, he became a front-end developer with IBM.

"It does feel like a big change," Yeshe says. "But there was something about the problem-solving aspect of it that was actually similar to music theory. There was a similar kind of thinking in which you learn this language … and use it to solve problems and create something."

In addition, Yeshe says his unique professional background benefits his work in practical terms. "There are things from my past that allow me to share a different angle on how we think about our users," he says. "Prior experience can inform what feels like a very different kind of work."

Gaining the Courage to Try

While the path to working in tech may be surprisingly accessible, Cecelia and Yeshe agree that a non-traditional education path takes just as much work and dedication as a traditional one.

But while the work is challenging, and any career change can feel intimidating, Cecelia's advice is unequivocal: "Take the risk," she says. "You have the power to do anything you want to do. You just have to take that first initiative to do it."

With so many non-traditional learning opportunities, including free online courses, there are plenty of ways for those considering a career-change to quietly stick their toe into the field. And before they know it, they could end up just like Cecelia—not only in a new career in cyber security, but with plans to pursue a masters degree in the field.

"As humans, we thrive on learning," she says. "Curiosity is at our core."

And that is something the tech industry, in need of newly trained workers, is counting on.

Natalie Burg is a freelance writer and editor specializing in business, development, innovation, and lifestyle. She lives in Ann Arbor, Michigan with her tiny children, enormous dog, and regular-sized husband. Learn more about her work on her website.
More from Natalie Burg

Founded in 1911, IBM has since become one of the world’s leading technology companies, with operations in over 170 countries and a significant footprint in the history of science and computing. With more than 3,000 researchers in 12 labs globally, IBM is committed to innovating in fields like cognitive solutions, cloud computing, and more. Learn more about working at IBM, and check out open jobs. 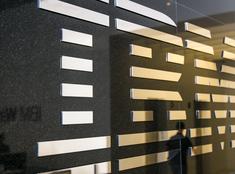 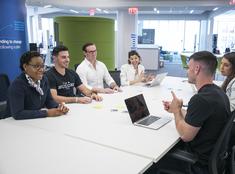 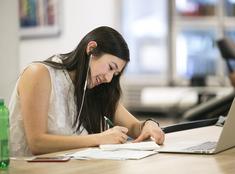