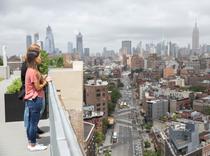 While there are certain indications to suggest that you’re social-media savvy—you engage regularly, you know how to use the platforms correctly, and you know there’s real value in being there—in reality, there’s no real cut and dry or objective way to assess your success.

That can be frustrating since you’re constantly being told to care about your presence. Yes, seeing follower count constantly on the uptick is one way to decide if you’re “good.” But you’re also misleading yourself if you’re only grading yourself on that one metric.

After all, the whole point of having followers is to have an audience to interact with your message—whether that message is getting people to purchase your life coaching services or one seeking restaurant suggestions for your upcoming trip to France. I’m sure we all know someone who has an unbelievable amount of followers, yet rarely gets any responses.

To put it more succinctly: If you want to excel at the game, you want to start thinking quality over quantity.

And you probably know that already. After all, when is that ever not the case? What you might not know is how to get there or how to know if you’re doing it right.

Because I’m no expert on the topic, I reached out to a couple of folks who are, such as Alex Honeysett, a brand and marketing strategist. She agrees that:

...being good at social media has less to do with mastering the platforms and (way) more to do with using them to have meaningful conversations and create real-life connections with people you want to know and create relationships with.

And for the purposes of this piece, I also thought it crucial to chat with decidedly more average users. These are people who aren’t necessarily aiming to become online “influencers.” How they view social media strategy or presence is, as expected, more laidback but also full of compelling nuggets of information.

Ben, a San Francisco media consultant, who’d prefer that I don’t use his last name, initially was reluctant to chat with me about his presence, protesting that he wasn’t the best person to answer the question based on his numbers. He went on to cite the number of followers he had and which platform he was most active on. I’d reached out to him precisely because I value the quality of his posts (not to mention, because of them, I’m deeply envious of his baking skills).

Although he says that he doesn’t really think of himself as being particularly good at social media, I’d argue that according to Honeysett’s explanation of what constitutes a solid online presence, that’s inaccurate. And, in fact, his ideas on what make a person “good at social media” tell the tale that he is good! His content tends to incite a lot of commentary, and people are unarguably engaged. And that’s the entire point!

In addition, I reached out to Allison Esposito, founder of Tech Ladies because she’s both built up a presence personally and for her business. She inherently grasps the importance of community and says that she

...really looks at engagement more than anything else. I know people are getting value from the community when I see active conversations in the comments. Likes are a little less important but they are a decent at showing which posts are interesting to people...

If you don’t quite know where to start, Honeysett suggests asking yourself what you want people to know about you and then posting accordingly. Thus, if you want to share industry knowledge and connect with people, know which platforms might work best for this, and then understand what you’re “hoping to get out of the relationships you create.”

Knowing this will “help focus the conversations you have once the connections are made.” You can care about more than one thing, but considering which platform is best for what topic can benefit you in the long run, particularly if you can maintain that focus on quality over quantity. For example, are you interested in landscape photography? Seek out people on Instagram and take time to send messages or comment on their posts.

Building a voice and upping engagement comes from being real, a factor that Honeysett says is important. She goes on to say that, “social media has a way of making our lives seem glossier than they really are and creating a keeping-up-with-the-Jones’ mentality. I’m finding people are much more interested in sharing and commenting on posts that show the full spectrum of life versus show off, look-how-great-I-am posts (which, if we’re being real, is the majority of what’s out there).”

By getting away from “the glossy” you’ll actually stand out, and the point of being online is to be yourself—not blend in with others. And this is, again, where homing in on your voice is key.

Ben’s advice: “Find your voice and stick to it. If you want to establish yourself as a food blogger, you'd better make sure your feed is full of food-related content, because everybody with a phone and an appetite posts pictures of their food at least occasionally.”

Julia, another person I’m linked to on various platforms, says she really values the comments’ section on Facebook and Instagram. As a freelance writer, she frequently posts articles she’s written, but she’s also careful to post other things on her page. If a friend’s post speaks to her, she’ll post that. If she wants advice on the best way to train a new puppy, she’ll pose that question to her “friends.”

Engaging with other people’s posts has shown an uptake in the responses to her postings. She says:

I don’t think too much about my voice, but I guess it’s there. And even though I don’t love the idea of personal branding, I don’t think there’s any way of escaping it if you’re actively online.

But before you go on a commenting rampage, The Muse’s Social Media Manager, Allie Hunt, explains, “one of the main objectives is to engage with others.” And the genuine way to do that, she says, “is to take time to really listen to what people are saying, rather than just jumping in and sharing your content or opinions.”

So, stop obsessing over numbers if that’s where your head’s been, and focus on engagement. If you focus on this, the numbers will grow by default. Paying attention to numbers and racking up followers may get you some quick wins—but without the engagement. And without that component, what’s the point? If people aren’t reacting to you, you're not using your platforms effectively. That’s the bottom line.

Stacey Lastoe started writing short stories in the second grade and is immensely grateful to have the opportunity to write and edit professionally. Her work has appeared in YouBeauty, Refinery29, A Practical Wedding, Runner's World online, and The Billfold among other publications. She enjoys running and eating in equal measure and lives with her husband and dog in Brooklyn. All three of them are avid New York Mets fans. Say hello on @stacespeaks.
More from Stacey Lastoe

Squarespace is a website publishing platform that allows anyone to easily create professional blogs, pages, portfolios, and galleries without touching a line of code. Try Squarespace free for 14-days and create your own website. When you're ready to subscribe, be sure to use offer code "THEMUSE17" to get 10% off your first domain or website purchase. 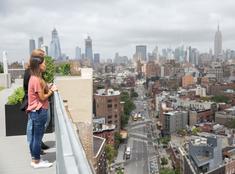 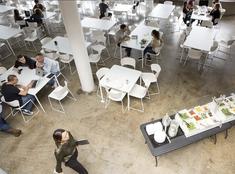 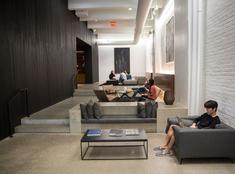