How I Took Ownership of My Career

by
Bill McCool
Sponsored by Booking.comshow me more 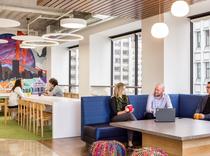 Freelancing isn't all flannel pajamas and flexible schedules. The uncertainty, not being able to rely on a regular paycheck, and often times working alone for extended periods of time can drive a self-employed individual to take charge of their career by seeking the stability and benefits of a full-time job.

Before he started working at Booking.com, Tony Syros was one such freelancer that longed for the kind of stability and progression that a permanent gig can provide. And while this was Tony's first foray into the land of nine-to-five's, he wanted more than just a regular job—he wanted to challenge himself.

But how do you go from freelancing to owning your own development?

For Tony, there were plenty of small steps to take.

Tony started as a Content Editor for Booking.com. Within a year, he was a Partner Content Team Lead for the company's Orlando branch, overseeing a team of content specialists working to acquire content, photos, or information from property partners.

Tony was happy in his role, but he wanted a new challenge.

“I loved what I was doing," Tony says, "so I didn't really want to move into another department."

And opportunity, as they say, came a' knocking.

Tony found out his counterpart in New York City was leaving. While it was the same position, it was a much-welcomed chance to work in a larger market. A lot of the global accounts like Wyndham and Hilton were taken care of in New York and he had always wanted to work with those teams by providing their property partners consultation on how to maximize revenues using specific, targeted information on their property pages.

Of course, that meant leaving everything he knew behind and moving to New York City.

“I wanted to get out of my comfort zone," he says.

Tony wanted to be prepared if another role presented itself, so he started to lay the groundwork for a potential move.

He went out of his way to be involved with other offices and team members. If someone went on vacation, he made himself available for support or to answer any questions that popped up. Tony also knew it was important to have more visibility amongst the area managers, so he would join departmental meetings outside of his own to see what other teams' priorities were and to identify opportunities for synchronization. This move went a long way in helping managers to feel comfortable when he applied and eventually landed the role in a larger market with more responsibilities. “It made me more confident in applying for the transition," Tony admits.

However, Tony's greatest test came at one of the summits Booking.com holds twice a year. He was given the opportunity to give a presentation on what his team was doing to an audience comprised of managers from all across North and South America—all of whom were a few rungs on the ladder ahead of him.

“Anyone who tells you that they're not nervous when they do public speaking is probably lying," Tony says.

But instead of letting fear stand in the way, he used this as a chance to get out of his comfort zone. So he went in prepared, with a deck that had been worked on tirelessly, and by the time he hit the stage, he proved himself to be a valuable asset.

“Over-preparing tends to make me feel more comfortable," he jokes.

When it came time to interview for the Content Team Lead position in New York, Tony had done most of the heavy lifting by nurturing those key relationships throughout the company while also positioning himself as a leader.

Oh, and did we mention that Tony got the job?

Your personal development doesn't stop when you've gotten that next job, it's how can you develop into the next role that you could potentially be in. "Be open to different roles," he says. "Be open to change."

Next month, Tony will head to Amsterdam for a management training program and he continues to take online classes that focus on content marketing.

Tony has also gone out of his way to initiate a cross-departmental training series where team members speak about their day-to-day tasks and responsibilities. "My hope," he says, "is that I'll be able to learn more about other teams while encouraging cross-department collaboration."

For Tony, one of the perks of the job he appreciates most is that every employee has a monthly check in with their manager where they review their targets and check in on an employee's personal development. But no matter where you work, he feels everyone should always look for inroads within their own company to develop and gain more experience.

But above all, Tony says that you have to own your own growth. Having your own personal development plan will not only give you control over what you want to learn and when, but it helps to set realistic and measurable goals.

“Have some direction in mind and take action. Don't let your development be decided by someone else."

Booking.com helps make more than a million travel dreams come true every day. The company makes breathtaking journeys or bustling business trips accessible to anyone with an internet connection and itch to explore—and the list of available apartments, rooms, and hotels is growing by the day. 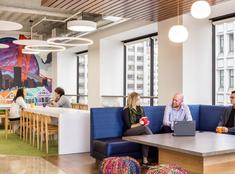 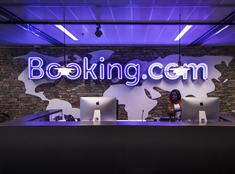 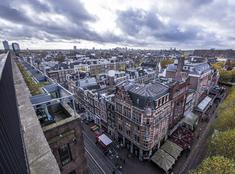