This Company is Re-Thinking Mentorship—and You Should, Too

Sponsored by BlackRock Show Me More 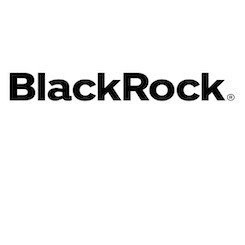 Have you ever had to explain Venmo to your boss? Or been left to execute on a company initiative without really knowing why? Or maybe you're just frustrated because you're on a team that refuses to change with the times.

It doesn't have to be that way. Today's savviest companies know that addressing these challenges is critical, and the smartest of those organizations have found a way to tackle them. It's called "reverse mentorship," and it's changing how even the largest businesses operate—and innovate.

Reverse mentorship takes a very old concept and turns it on its head. Made popular by former GE CEO Jack Welch, these programs make more junior employees the mentors and senior executives the mentees. The idea is simple: Leadership has much to learn from young professionals' insight and enthusiasm (not to mention knowledge that comes from being digital natives).

But does it work? Are execs really willing to listen to recent grads? And are recent grads up for the challenge of teaching their boss's boss's boss about Snapchat? To find out, we caught up with some mentors and mentees from BlackRock, a company that recently launched a reverse mentorship program.

"Today's 20-somethings interact with tech so differently than my generation, I felt like I was missing out," said Geraldine Buckingham, Senior Managing Director and Global Head of Corporate Strategy at BlackRock. That sentiment was echoed by Chief Legal Officer and General Counsel Chris Meade.

Enter the mentors, like Tyler Nelson, an analyst with BlackRock's Risk and Quantitative Analysis group. After just a couple of sessions with Geraldine, Tyler had her set up with LastPass and they had even begun exploring the world of Snapchat.

Meanwhile, Lindsay Dorf, an associate on the Aladdin Product Services team got her mentee, Rob Fairbairn, Senior Managing Director responsible for the Strategic Partner Program and Strategic Product Management, so excited about the potential of technology that he bought a top-of-the-line drone. Rob happily shows it off to visitors, along with the new Amazon Echo that sits, listening eagerly, on a nearby table. That's courtesy of Lindsay, too.

“Lindsay worked with me on all things tech," Rob added. “As a result, I'm Venmo-ing like it's going out of fashion."

But reverse mentorship isn’t just about the latest apps. It helps mentees keep up with the latest technology, something that allows them to work smarter and faster, and gives them the tools to come up with more impactful solutions for clients.

Geraldine noted that she’d learned a great deal about the product development process behind BlackRock’s Aladdin software platform, and what goes into actually building this powerful technology, which plays such a critical role within the company and for clients. "It gave me a real appreciation for how our tech gets created," she said. "My mentors made it feel very real, very tangible."

Tyler noted that, before he met Geraldine, he was more than a little intimidated. After all, she's a medical doctor and a former partner at consulting giant McKinsey. But during their first meeting, his jitters disappeared. He hadn't expected a senior executive to be so approachable and easy to talk to.

"It gives us a sense that we're working with them, not for them," he said.

But his experience mentoring Geraldine didn't just change his opinion of leadership. It changed how he viewed his role within the organization. "These are the innovative minds that have built BlackRock from the ground up, and now I'm part of it, too. It makes me feel like my background is relevant, and I can help develop new ideas," he noted. "I never thought I'd get this much opportunity so early."

See Their Open Jobs At BlackRock

Get Your Own Company on Board

If you like what you've read so far, consider implementing or participating in a reverse mentorship at your company. Cisco's Laura Earle provides a detailed 10-step plan, but Geraldine stressed that two simple factors will either make or break a program almost immediately.

First, she said, it's critical to pick the right people at both levels. Prospective mentees have to be open to the idea and willing to learn, so choose them carefully. As for the mentors, she stressed that they, too, need to be enthusiastic, as well as knowledgeable and eager to help.

The second factor? Talk about it internally. A lot. If no one knows about the program, then it's going to die on the vine. Share stories about the program at all levels, and get everyone interested and excited.

If your company's leadership is still behind the ball when it comes to tech—and if you're dying for a chance to make your voice heard—it's time to implement a reverse mentorship program. Even if you think the execs will be skeptical, give it a shot. You just might be surprised at how receptive they are.

"I've always been a strong believer that mentors don't have to have grey hair," Geraldine said.

Ryan Galloway is a writer, editor, and content strategist who's covered everything from wearables to retirement. He's also the founder of 18|Orion, a content agency based in New York City. He was formerly Director of Content Services at Contently.