How to Change the World From Your Desk: Cultivate Relationships

Sponsored by Unilever Show Me More 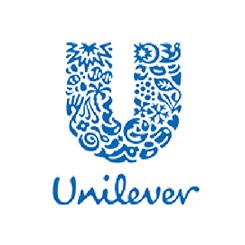 When you talk to people about getting started in media, you often hear some version of the following: "Well, I want to go into media, but I hear you have to be in New York to meet people." This couldn't be further from the truth. As a college student in suburban central Connecticut, about 99% of Lily Herman’s networking interactions were online. Not only did she take calls with people she admired instead of meeting them for coffee, but I worked in roughly half a dozen editorial roles that were all remote.

What did she learn from the experience? There's no one way to meet people in either your personal or professional life, and you don't need to have a perfect situation to create a great relationship. Instead, connections are built over time when both parties put in an ongoing effort, not because you two met at a rockstar network event that one time. Those slowly-built relationships are the ones that could serve you best when you want to try new things and make change. They're also the people who may take a bigger chance when you need people who believed in your capabilities.

And remember, always be authentic. No one wants to feel like they're just part of someone's "collection" of people; they want to feel like another person is investing in them and cares about who they are and what they do. The more your relationships are rooted in compassion and genuine interest, the more fruitful they'll be.

We challenge you to reach out to three people you admire this month.

Unilever , Sponsored , Networking , How To Change the World From Your Desk

Photo of photo of people working together courtesy of Tom Merton/ Getty Images.